. . and in my nightly visions the mysterious precept, “Upward, not Northward,” haunts me like a soul-devouring Sphinx.

A Romance of Many Dimensions

Abbott’s novel premiered in the England of the 1880s, an unsuitably proper Victorian atmosphere but perfect for his didactic approach.   But does the novel merely offer a “romantic fantasy” of an alternate world, teach geometry, promote women’s rights, or mock the pettiness of society–or does it also allude to theological ascent? Since Abbott spent much of his life defending Christianity against irrationality and superstition, the clues may be altogether too clear. . . .  One particular battle in the 1840s revolved around the Catholic Church’s call to “credulity,” a faith-based (and therefore not scientific) acceptance of the improvable and unlikely.  For Abbott, like his idol Francis Bacon, all knowledge comes from logic and personal experience, whether it’s physical or spiritual.  Abbott argued that if the supernatural were to impose itself on the natural world, it could only do so without violating natural laws.  Credulity must be replaced with credibility. Why does our universe have three physical dimensions instead of two or four?  Does it exist this way because it must; that is, do the laws produce their own universe or is there a universe that demands certain laws?  Are we mathematically limited to three dimensions or is this by Design? How might we perceive an encounter from One who dwells in a universe with more dimensions?

Too, we can look at the novel as a witty attack against Victorian society.  Women, though compelled to wiggle their posteriors and emit small cries of warning where they walk, are ironically capable of “piercing” men and causing great damage or death.  The circular priests and sages of Flatland protect their social status politically, spurning the concepts of “sides” even while ensuring the practice of determining how many sides every citizen has by putting down the Chromatic Sedition.

However you choose to read the novel this first time, it endures because it is eminently re-readable; Flatland can be revisited and re-argued as can “the infinite beatitude of existence.”

Podcasts from Chisnell:  (music is Kazmir Boyle’s soundtrack to Flatland the Movie)

Flatland: Intro to the Reading

Some strategies for reading the novel, including notes on allegory, satire, irony, and style.

Some discussion on the Shakespeare references in the text.

Square and The Sphinx

Like the book?  Try these “sequels” by later writers!

References to Shakespeare in Flatland

Preface to the Second and Revised Edition

“One touch of Nature makes all worlds akin.”  (Troilus and Cressida III.iii.175)

He did well in school, earning scholarships to Cambridge. He was ordained as a deacon by age 24 and a priest by age 25.  By age 26, though, he became a master teacher, headmaster of the City of London School, and he remained at that post until his retirement in 1889.  A devotee of Shakespeare, Abbott compelled each student to read one Greek and one Shakespeare play each term.

It wasn’t until his later years that he began writing in earnest.  He published over 50 books, many to be used as school texts.  However, nearly all of these were textbooks, literary scholarship, or theology.  Only one is a work of fantasy and is unique to English literature,Flatland, first published under the pseudonym of A. Square.

The first part is clearly a satire of Victorian England, while the second part, more story-like, plays with the idea of a fourth dimension. But the novel also fits into Abbott’s theological leanings.  Rudy Rucker writes that Square’s journey is a “perfect metaphor for the mystic’s experience of a higher reality” (in Stewart, xvii).  The introduction to the Princeton edition of the novel says that “It is as if the story of Gulliver were told by the mayor of Lilliput or the adventures of Alice by the White Rabbit…. The reader has to stay with the story all the way through to appreciate the change that takes place in the storyteller.”

But while he reformed the schools, he was most provocatively a religious reformer, too.   A member of the Broad Church, he opposed the high mystical language of the Church of England.  This quite possibly provided a motivation for his writing of Flatland, as his rivals believed in an unquestioning acceptance of Church dogma.  Abbott’s view was that the laws of the universe must exist according to reason and that faith can be supported through the processes of thinking well. Perhaps the 19th century’s Tractarian controversy might shed some light. Anglican priest John Henry Newman published a work entitled Tract 90 in 1841 which called on the Church of England to return to traditional practices.  Unsuccessful, Newman turned to the Catholic Church in 1845 and was soon ordained as a priest and later a cardinal.  Abbott and others in the Church of England saw this conversion as a direct threat–Abbott believed that Newman had been duped and would go on to fool others into believing in “credulity,” the acceptance of the improvable and unlikely.

Not surprising, the two biographies Abbott wrote in his lifetime are of his idol, the rational Francis Bacon, and of his nemesis, Cardinal Newman. What Abbott’s motives completely were, however, will likely never be known.  Most of his personal records and notes were stored at Cambridge, but were borrowed in the 1930s and subsequently disappeared.

Includes directions, writing tips, and a sample essay with annotations 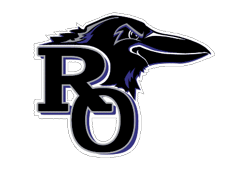 In our Middle Years Programme, meaningful assessment of learning answers the questions:

ELA9 will use formative (practice), summative (mastery of standards), and common assessments (across all classrooms). Assessments may include, but are not limited to: