This is Part One of a five part series anticipating the premiere of Zack Snyder’s Army of the Dead on Netflix.

I imagine that, when the rotting teeth of a zombie finally sink into my shoulder, I am just the kind of person who wonders if I am not unfairly engaged in a type of metaphor. Whether or not my bug-out bag is properly zipped, my baseball bat or crossbow ready, my Survival Rules in place, or my survival team properly vetted, my imagination is like a movie casting that places me as a character—what will I learn (or fail to) when confronted with the Horde? Try as we might, we cannot deny that an apocalypse (literally, a “revelation”) is at hand. The zombie, in every story worth remembering, represents an awakening.

As a monster, an Other, zombies are easily a paranoiac manifestation of my own anxieties emerging from the unconscious unrest. Most terrifying, perhaps, is the utter mindlessness of the threat. I can relate to and even defeat another supernatural critter by outsmarting it: catch the vampire in its lair, teach the ghost to “go into the light.” And while I am definitely smarter than (the average) zombie, it cannot be outsmarted if it cannot comprehend in the first place: it’s dumb to the point of comedy, a characteristic shown frequently in George Romero films where soon-to-be-snacked-on humans torment these cow-witted resurrections. But that’s just it: zombies aren’t a regular monster–they’re us. I hate zombies (and consequently love the films) because I dread becoming one, living, dead, or undead. Is there a worse fate than the loss of mind? Zombies speak directly to that too-real possibility.

In today’s zombie lore, of course, that mindlessness is catching. Zombies either eat my brains or they make me another brainless zombie. Either way, the zombie mob has a “join or die” ultimatum within it (Vervaeke), little different from much social media. No other monster–save perhaps rats or bug-like aliens, more plague metaphors– has sheer numbers like this (the werewolves and vampires who also procreate by bite are generally solitary). When Uncle Marvin comes to holiday dinner, we all shudder in dread expectation: What insanity will he preach today? What became of his politics? Why won’t he listen to reason? In such cases, we have been advised to go silent, to feign mild interest, or to camouflage our feelings. Don’t anger them. Maybe we can sneak by.  This is the premise of the infamous film, Pontypool, which lands the source of the contagion at the feet of a conservative radio shock jock. And while anyone can dodge a single Uncle Marvin or Grandma Peters, what do we do when the whole of civilization turns on us? The audacity of us to believe that we can be the one sane voice in a mob of sheeple!  Put this way, it is easy to recognize the despair we feel when set against the unthinking and unthinkable crowd: the best strategy is to run.

Over and over again, the best zombie stories blur the line between the living and the dead: mirrors all, brains are no prerequisite for bad behavior. AMC’s title The Walking Dead has long been understood to refer to the surviving humans as they consume each other. What scares me about zombies is the same thing that scares me about those who live around me now: violence, thoughtlessness, and an unending determination to consume. I remember when my 10th grade government teacher taught us about consumer culture. She approached it as factual and casually acceptable. She was part of a public school system designed to create good citizens who propelled an economy forward: that is, to keep money moving, to buy. The endless consumption of goods, of food, now of flesh, is all part of the same mindless act: there is no sating it. This parallel is made explicit in Romero’s Dawn of the Dead which satirizes shopping malls: the zombies–imprinted with their most common behaviors–re-enact the theater of consumerism (Page). Of course, purchasing goods on its own is not frightening unless it is also accompanied by thoughtlessness, the consumer duped by corporate self-interest. Any Black Friday sale will add the element of violence and we suddenly scored a trifecta for zombie behavior.

“Yet this, too, is precisely what makes the zombie significant: its lack of mind also results in a lack of intentionality. It brings about the end of the world because of its ignorance.“

I.C.1  Consumerism As Ignorance and Amorality

There is little “evil” about consumer behavior, however, little wicked about thoughtlessness on its own. Perhaps it is merely pathetic. Yet this, too, is precisely what makes the zombie significant: its lack of mind also results in a lack of intentionality. It cannot choose good or evil because it lacks the ability to choose. It is disqualified from being human. And yet it is:

Uncle Marvin or my local barista, we each exist just a nibble away from being monsters ourselves. Evil I can comprehend because it feeds my ego: that demon or psychopath wants to kill me because their spirit is evil and it has selected me (good) as its target. I remain the protagonist in my living horror movie. The zombie, however, fails to recognize me as a creature morally good, as one who is human, as anything at all (Vervaeke). It brings about the end of the world because of its ignorance. No Damien antichrist here, no nefarious designs–leave evil to the realm of living humans. We have the ability to choose it or remain oblivious to the consequences of our behavior. We fall into an undead-like ignorance too easily.

Too similar to the zombies which seek to eat us, perhaps the one defining difference is that we smell better. I look at my aging self in the mirror, and the one thing I can still do is wash and blend away a blemish or two to keep me from falling into social misfortune. I might be violent, obsessed to consume, or even fairly thoughtless, but in this Age of Appearances (which my Instagram account and pages of Walmart Dress Fails surely feed), I can at least not be turned away at parties. And yes, my clothing and hygiene are affectations to contrast my acts from those of the undead (death and decay are right around the corner for all of us, after all), but we are little different, and filmmakers know this. Even Bub in Day of the Dead feels he needs a shave.

Yet it’s important to realize what makes the zombie and zombie movie so compelling. It isn’t merely that these creatures are mirrors to us all (Haliburton, “Ethicist: Zombie…”); it’s that they drive us so hard to distinguish a difference. The Zombie, we insist, is “Not Us.” It is the Other, that which we must not be. I know who I am by defining myself against what I am not. My whiteness is defined by contrast to those who are not white; my gender by those who do not share it; my nationality by those who mass at the borders; and my success by those I can gate outside.  At the heart of a zombie threat is a challenge to self-identity (Vervaeke). So uncertain of who I am, of what I belong to, of what any of it means, I demand that the zombie is some monster to fear. It is mere coincidence (and not irony–not at all at all) that it wants to eat me, that it was created by human magic, or by human-crafted radiation, or by human government corruption, or by human-engineered disease, or by human rhetoric; it is created, this Other, by human motive.

I.E. Preview: Army of the Dead

The best zombie films will echo these ideas. They represent not only the uncanny physical struggle of our irreligious return to plague ourselves, but offer an opportunity to better understand our choices and make the word “human” more meaningful. In a few weeks, Covid-troubled theaters and Netflix will offer Zack Snyder’s Army of the Dead, the next in a series of nearly 600 zombie movies (“List of Zombie Films”). What could it add to what has gone before? 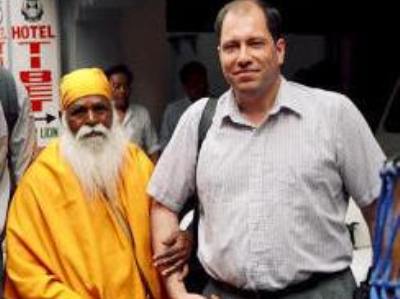